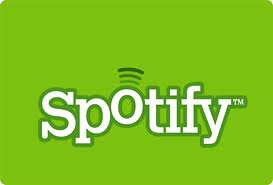 Streaming music now accounts for 89% of music “sales” in Sweden. This is not arcane. This is a very big deal. For music, yes. But for other forms of content, too — including books. Why? My thoughts…

Spotify Has Begun to Eclipse iTunes

Sweden is the home of Spotify, where the streaming music service first launched in 2007. That year, iTunes was at its heights of power and market share. But in just five years, Spotify has overtaken iTunes there and — from what I have read and experienced — is among the top 3 revenue producers for most music labels the worldwide.

For those unfamiliar with the service, Spotify offers desktop and mobile software for free download. Log in with your Facebook credentials (Spotify and Facebook are partners) and begin accessing and listening to virtually any song ever recorded. There are actually three levels of service — free, $4.99/mo., $9.99/mo. — with each offering greater flexibility, usage, and uninterrupted listening. Here is a screenshot of my desktop version (to which I am listening right now).

The mobile versions are cross-platform and look like other music players. 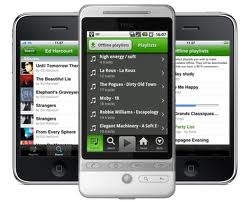 Okay, cool so far but what’s the point and how is it relevant to books?

Consumers Want to Access Digital Goods, Not Own Them

I’ve lost track of the specific stats but people under the age of 30 do not buy digital music. Many still pirate it, of course. However, many also access it via legitimate services. And most who do that in the US do so via Spotify or YouTube. Ask anyone “young” or “young-ish” and they will tell you; access is rapidly replacing digital ownership. Just when folks my age and above (I am 40) have become comfortable with the death of the CD, it seems iTunes and the file ownership model are already yesterday’s news. Oh, and by the way, those access consumers don’t just consume media — they tell others what they’re consuming. It’s part of the deal. Spotify does this both natively (check the right side of my desktop player above — those are my friends) and via the Facebook news feed.

How and Why did this Happen?

Well, there are a lot of reasons, among them cloud technology maturing, smartphones becoming nearly ubiquitous (over 100 million smartphone subscriptions in the US) and incredibly powerful, and so on. On the business side, the labels and distributors learned from their lessons of suing potential business partners and came to the table to deal with Spotify. Is there controversy? Of course! The Black Keys recently made news by not releasing their lastest, um, LP via Spotify because, the artists claimed, the royalties they received from the service were far below those they received from unit sales via iTunes, Amazon, and others. Many also offered the cannibalization argument. It is likely the case that the economics of streaming will need to change with maturity. However, the fact that Spotify revenues are more than making up for a decline in other sales channel revenue should quiet most skeptics in short order.

Little of the technology or business “whys” matter too much to me, though. What’s fascinating and, in the end, ultimately the truly relevant aspect of the Spotify story is that consumers love Spotify. They love it. They love its access model — who doesn’t like having any song, any time, anywhere? They love that it is socially aware — why just consume music when you can share the experience and involve your friends? They love that it is mobile — we live with and through our phones now. This may not sound attractive to you but it is very clearly attractive to a large  and growing set of consumers who think speedy content access first and love to narrowcast their lives via social media —  20 million of them to wit with 20% paying for Spotify Premium. They love Spotify. That’s all that matters.

Books will be Accessed, Too

I have heard very often that technological, business, and consumer trends won’t apply to books because books are special. With a few notable exceptions (rampant piracy, for example), this line of thinking has been wrong. Books are certainly special but, when it comes to digital transformation, they behave more like other media than not. The digital consumption by file ownership — the eBook unit sale — has revolutionized publishing, just as iTunes revolutionized music. But, in light of Spotify’s recent ascendence to the top of the revenue pile, I am increasingly viewing eBooks circa 2012 as representing a transition to the digital world as it truly exists today — open, mobile, and socially aware. Apple’s abandoning of the iPod in favor of smaller-storage iPhones and iPads all but indicates that they read the writing on the wall a few years ago. The music industry has always been several years ahead of book publishing in terms of being hit by trends in consumer technology and preference. My suspicion is that, in their use of Spotify, consumers are speaking loudly and clearly and that someone in the publishing value chain has to listen.

Mike Shatzkin wrote a very interesting piece yesterday on subscription services, in which he made the point that they may apply to niches more so than to general catalogs. I agree that niches and subscriptions go very nicely together but I also think the access model will hit all books. Why? I happen to think that the wave of consumer preference toward access and away from file ownership is so strong a force that the intentions of the content owners will matter little, aside from to set the business terms and contractual underpinnings to support the inevitable shift.

The access model will hit books. I am not naive: it will be very complicated, may take a while, and many in the trade won’t like it. But I believe firmly that it will happen. To me the only questions now are who will do it, when, and precisely how will they make it sustainable for all involved?

I’ll address my guesses on the answers to those questions in a future post. For now, I’d love to know what you think of the access model and books.

Next posts on this topic: 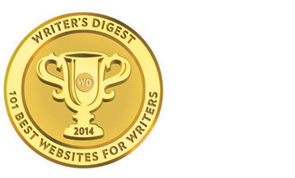